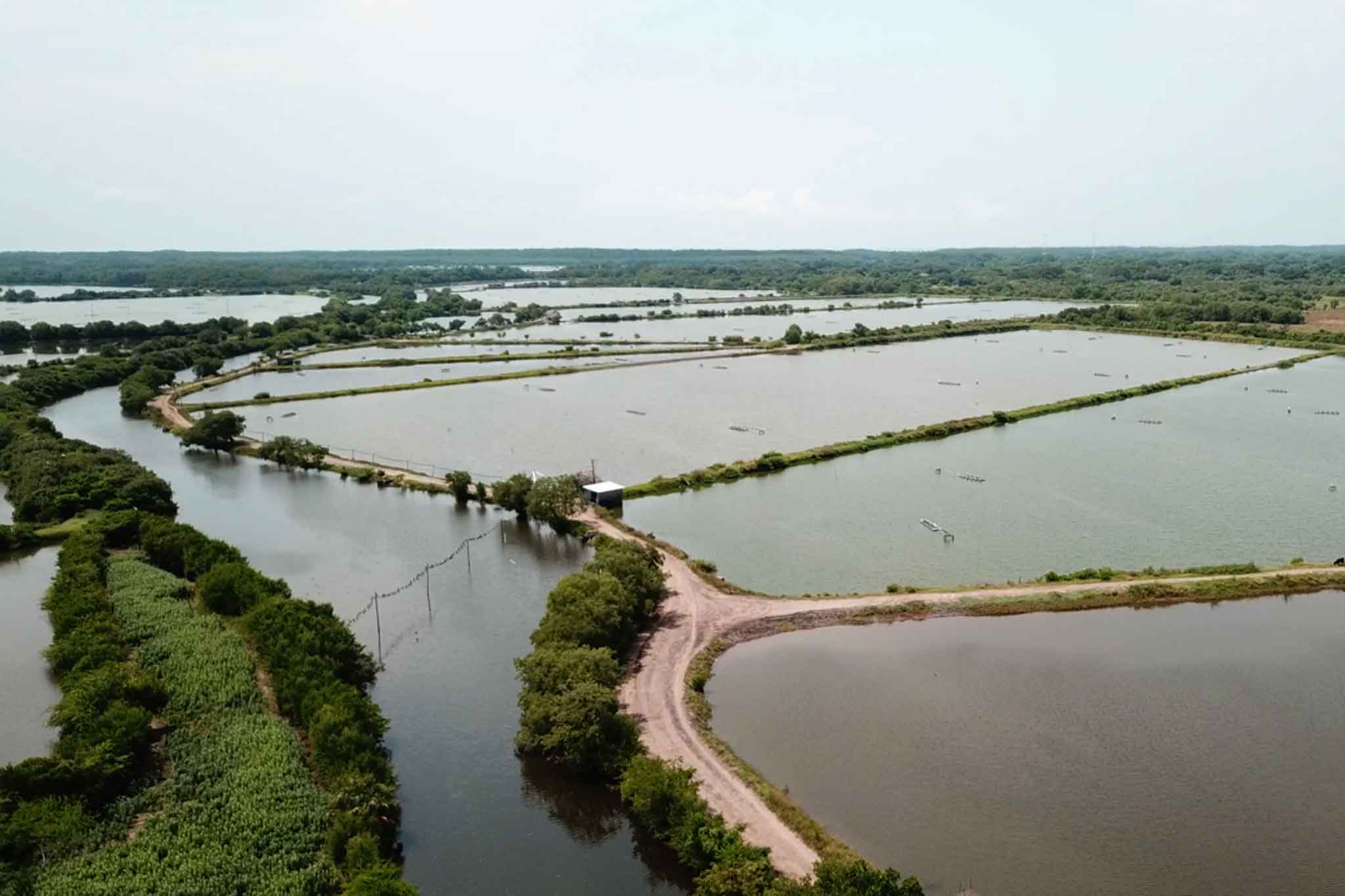 Artificial habitats, a conservation strategy with socioeconomic and productive benefits

“Wetlands work on Earth like the kidneys in people, purifying the water that passes through them,” said Francisco Comín, a Spanish researcher who is an expert in wetlands, with the idea that the world population understands the importance of these habitats for the balance and ecological health of the planet.

Wetlands, as well as other natural ecosystems around the world, face a serious problem when it comes to attracting attention for their rescue and protection: indifference. “People turn their backs on environmental issues, because it’s so depressing. Everything is in such a critical state that sometimes one prefers to ignore it,” said to me a designer friend recently. And that is worrisome, because it sounds like we decided not to go to the doctor, because we don’t want to find out that we have cancer, or a terminal illness.

But no matter how depressing the reality we are facing today is, it is important to become aware and thus find solutions to try to restore the health of different ecosystems, especially marine and coastal ones. The reality is that wetlands around the world, especially those close to coasts, are at serious risk. According to the RAMSAR Convention (Wetlands of International Importance), between 1970 and 2015 35% of the area of ​​wetlands disappeared worldwide. Latin America is, unfortunately, the region where the most areas disappeared, with 59%. According to experts, these ecosystems are being lost three times faster than forests.

According to the International Union for the Conservation of Nature (IUCN), in Central America approximately 40,000 km2 (equivalent to 8% of the Central American territory) are covered by wetlands. Furthermore, of the entire continental territory, 1% is made up of RAMSAR sites (there are 2,300 wetlands of international importance throughout the world).

In the report “Climate change and wetlands in Central America“, the IUCN lists the great benefits that these ecosystems provide to the Central American population, but also classifies them as “vulnerable”, due to changes in land use, mostly along the Pacific coast.

The other threats that coastal wetlands face are: 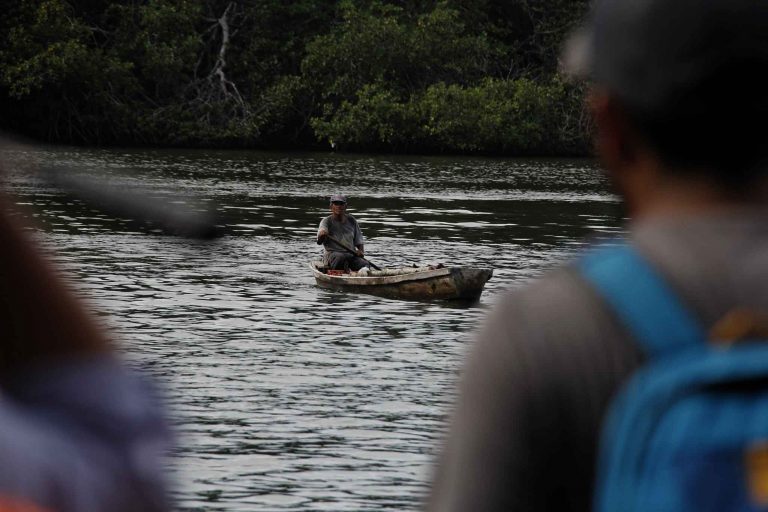 Mangroves are essential for coastal populations, since in addition to providing an impressive biological diversity, it protects them from natural events such as hurricanes and tropical storms. Photo: Jorge Rodríguez/Viatori

As I said, there is no need to fall into depression and seek to ignore the problem just yet. Just like going to the doctor to determine that we have a disease of considerable importance allows us to take measures to combat this disease, having this data helps humanity to design and implement actions that help to restore the health of wetlands.

In the American continent, the Hemispheric Network of Nature Reserves for Shorebirds (WHSRN) seeks to declare sites of importance for the survival of migratory shorebirds. Depending on the conditions of the ecosystems, and the human productive activities, a series of strategies and good practices are developed to achieve a balance between the needs of wildlife for their subsistence, and those of the human populations.

Through constant work with coastal populations, in Central America training programs are implemented for salt and shrimp farmers, with the aim of creating good practices that combine the economic and social development of the people, as well as the subsistence of thousands of migratory shorebirds, that depend on the artificial ecosystems that are formed in these productive areas.

“The Executive Office of the Hemispheric Shorebird Reserve Network (WHSRN) and the SEAJOY group in Honduras and Nicaragua have signed a Memorandum of Understanding to join forces for the identification and implementation of good aquaculture practices for conservation of shorebirds.” These not only benefit wildlife, but also add value to the products offered in local and international markets. “It also offers the ideal opportunity to consume shrimp produced with sustainable development goals in mind,” wrote WHSRN’s Salvadora Morales.

In Honduras, in the region of the Gulf of San Lorenzo, these types of practices have also been implemented, especially in salt-producing farms. In Guatemala, there is an incipient movement that seeks to replicate these examples that have produced such good results in the rest of the Central American region.

“In Guatemala there are no guidelines to regulate the work of salt and shrimp farms. What is sought is, with the participation of the producers, to create a manual of good production practices that contributes to conservation,” explained the Guatemalan biologist and researcher, Varinia Sagastume.

Sagastume participated in the first monitoring of abundance and distribution of shorebirds in Guatemala. In the report generated from this activity, she recognizes the importance of salt and shrimp farms as alternative habitats for resident and migratory birds. “These productive systems can have positive or negative effects on the abundance and diversity of shorebirds depending on the management of substrate and the water levels in the ponds.”

A solution to environmental degradation 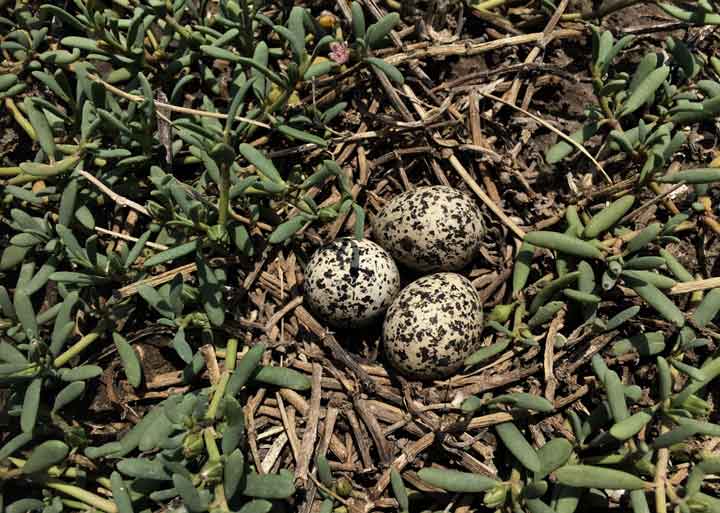 In Guatemala, the reproduction of Wilson plover was recorded for the first time. Photo: Varinia Sagastume/Viatori

As positive as we want to be, it is impossible not to recognize that the state of estuaries, basins and rivers throughout the region is alarming. Only in Guatemala it is estimated that 11 of the 25 most polluting rivers in the region are found in this country. “It is important that we take action to protect these sites (the coastal areas). This not only affects the birds and other animals that live in estuaries, but also the productive, economic and social systems that depend on these ecosystems,”said Sagastume.

Since the change in culture and consumption habits on the part of humanity is not something that will happen in the short term, an emergency solution could lie in the implementation of good practices in coastal productive areas, such as shrimp and salt farms. Sagastume, alongside with her research and monitoring team, has taken on the task of promoting this idea in the Guatemalan industrial field, as part of a program sponsored by Cornell University in the United States.

Within the shorebird monitoring report carried out by WCS Guatemala, they mentioned that Finca La Grande salt farm and the Acuamaya shrimp farm, are two examples of sustainable production. Its biological richness was revealed by allowing the first reproduction record of the Charadrius wilsonia species.

“We do it because it is productive and sustainable. The welfare of them (the birds) has to do with the welfare of the company, and not only of them, but of everything that lives (within the shrimp farm), like the mangrove. These birds are telling us that we have life here, that we have sustainability here. If they are alive, we are alive,” said Alexander deBeausset, Acuamaya’s production manager.

The objective of Sagastume is to be able to replicate this thought and good practices in the shrimp and salt sector of Guatemala, teaching that in addition to possible certifications, other economically viable activities for producers can also be carried out, such as ecotourism.

If humanity continues with its extractive and mass consumption practices, environmental degradation will not recede. Wetlands, and other man-made habitats, are an emergency solution, but will never replace natural habitats. As much as it may cost us, it is important to recognize the disease that we are living today, because, despite everything, there is still time to be able to reverse the situation.