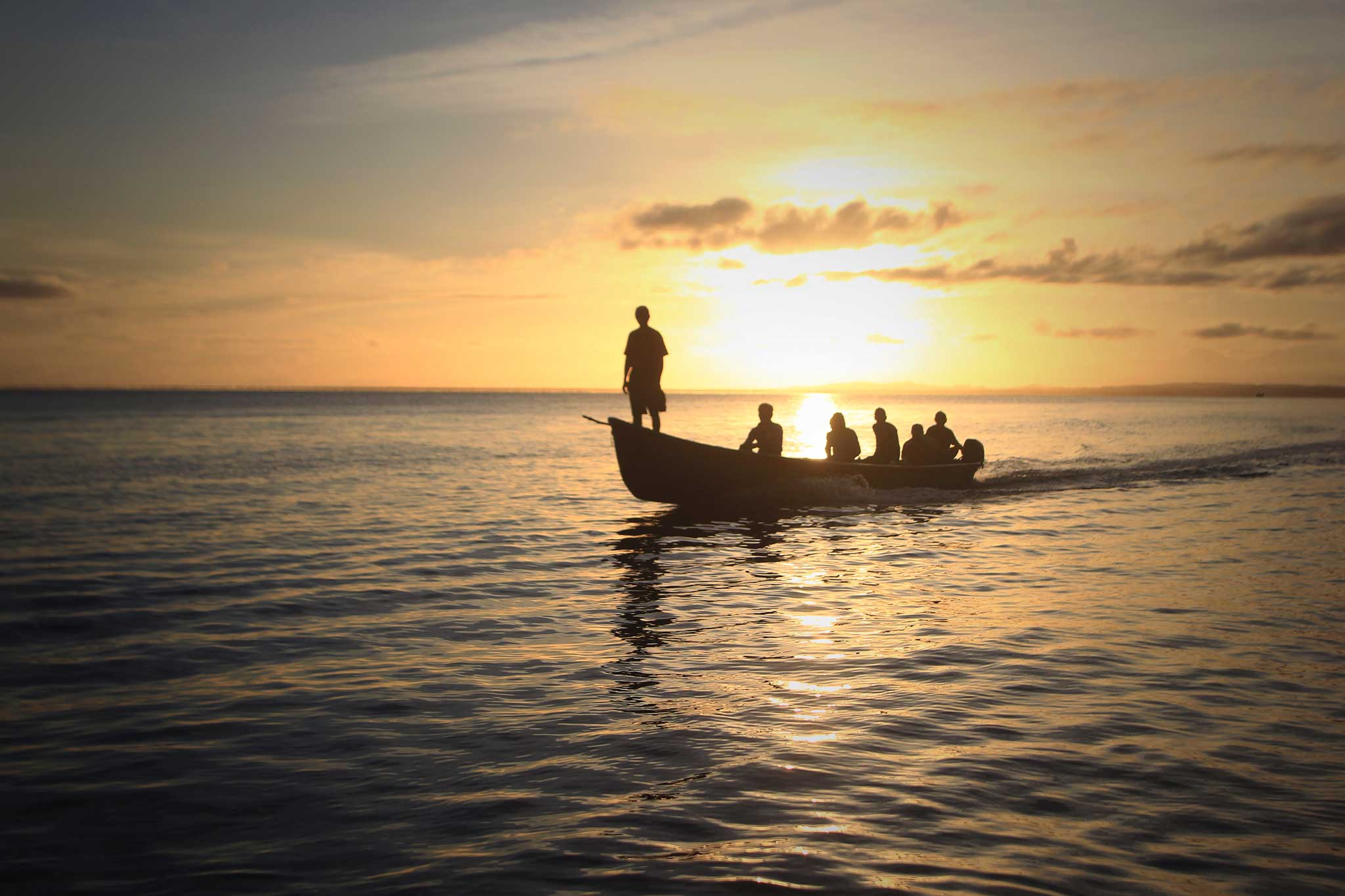 A binational biological corridor, the route to environmental sustainability

In the Central American Caribbean, Guatemala and Honduras announced the creation of the Cuyamel-Omoa Punta de Manabique Biological Corridor, an effort that will help protect the area’s terrestrial and marine-coastal ecosystems.

The marine-coastal strip of Cuyamel-Omoa Punta de Manabique, an area of 55,000 hectares in extension and with the presence of coral reefs, seagrasses, mangroves and subtropical forest, was declared a binational biological corridor, and marks a milestone in the effort that Guatemala and Honduras are making to protect their natural ecosystems, as well as the people and wildlife that depend on them.

“It is a golden dream, to establish connectivity between the Bay of Amatique and the Cuyamel-Omoa Ramsar site and the Omoa protected mountain,” said Honduran Vice Minister of the Environment Carlos Fasquelle. “It is the smartest strategy, because we are taking into account the communities to preserve our ecosystems,” he added. 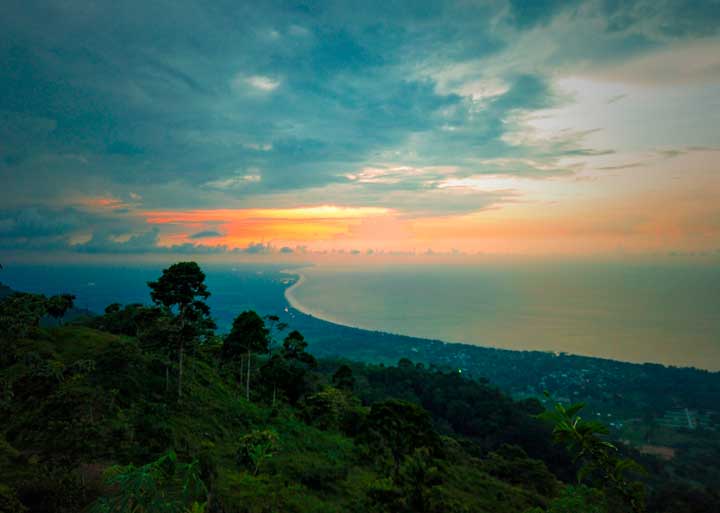 According to a press release issued by the National Council of Protected Areas (CONAP) of Guatemala, the entity that signed the agreement to create the corridor, the objective of creating this shared space “is to institutionalize the Sustainable Biological Corridor in both countries, to consolidate and ensure conservation. In addition, it will allow the subsistence of species such as the jaguar, yellow-headed parrot, manatee and the mangrove ecosystem.

In the opinion of Alejandra Reyes, Head of the Department of Protected Areas of the National Institute of Forest Conservation and Development (ICF) of Honduras, the importance of this corridor lies in ensuring biological connectivity, which will translate into benefits for the wildlife of the region. zone. “Even though we have borders, our species and ecosystems don’t,” she said.

MBC as a frame of reference

The idea of creating the corridor dates back to 2018. With the presence of a large number of representatives from the same number of national and international, governmental and non-governmental institutions and organizations, Guatemala and Honduras presented the Strategic Plan for the Cuyamel Sustainable Biological Corridor Omoa Punta de Manabique, which contemplated 20 strategic lines and 81 actions to be carried out within a period of 5 years, including governance mechanisms and measures for threats such as deforestation, overfishing, illegal trafficking of species and pollution. It also includes adaptation and mitigation measures to climate variability.

To get to that point, several trials were first required, all within the framework of the Mesoamerican Biological Corridor (MBC), “a political agenda, determined by the vision of the common good of the different countries that make up the initiative (the seven countries of Central America plus Mexico, which was added later)”. This regional corridor was created with the idea of territorially ordering “protected natural areas of different management categories plus their interconnections, organized and consolidated to provide a set of environmental goods and services, both to Central American and global society, providing spaces for social concertation to promote investment in the conservation and sustained use of the resources it possesses”. 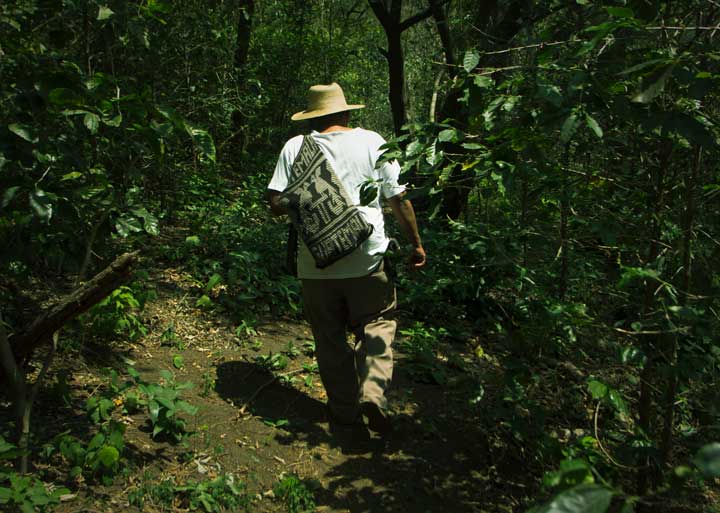 Since its presentation in 2004, each country has had to create and implement forest policies and national forest development programs, with the aim of generating economic incentives for local populations, based on the care of forest resources. The CBM also contemplates, by 2025, “directing the region’s soils to their true use, so that we can have 45% to 60% forest cover in the entire region.”

The MBC, as a regional proposal, has achieved that the countries of the region integrate several beneficial processes for the protection of natural resources. However, that has not been enough to contain environmental degradation in the region. With the exception of Costa Rica, all Central American countries have seen their forest cover decrease over the years. 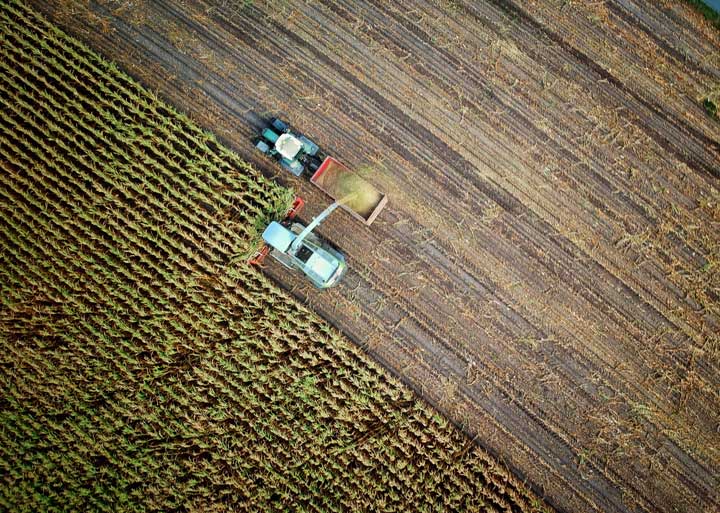 The advance of the agricultural frontier is key to the reduction of forested areas in Central America. Photo: No one cares/Unsplash

Environmental degradation in Central America is rooted in two main issues: the increase in the agricultural frontier and the expansion of urban areas. “Forest management continues to have obstacles. The interconnection zones that have been defined between the different protected areas, country by country or between countries in the region, are regions where agro-landscape predominates and increasingly, by urban and peri-urban areas, characterized by the almost total decrease in tree cover. ”, said the presentation document of the CBM, drafted in 2003.

In fact, Central America, and its dry corridor that encompasses more than 64% of the municipalities of the isthmus, is the area where the reduction of forests has increased its vulnerability to the effects of climate change, “including impacts such as the gradual increase in of temperature, changes in precipitation patterns and increased climate variability“.

In addition to these factors, another reason why the environmental issue is not a priority in most Central American countries, with the exception of Costa Rica, is the lack of interest on the part of the States, in terms of allocating adequate budgets to the needs of each country. “Unfortunately, we have not had the impacts that we have wanted, due to the limitation of the budget that has been assigned to the Ministry of Environment since 2018. We only have Q127 million ($16.5 million) assigned,” said Fredy Chiroy, Vice Minister of Environment. of the Ministry of Environment and Natural Resources (MARN) of Guatemala. In El Salvador, the MARN budget was reduced from $14.2 million in 2020 to $13 million in 2021.

For the countries, the solution has been to rely on investment by international cooperation. However, under this model several risks are run: working only in areas of interest to donors, and the investment stops flowing. “It is not sustainable or recommendable, and it is not the way in which society should be responsible for managing its natural resources,” said Juan Carlos Villagrán, coordinator of a binational project related to the Motagua river basin.

For experts like Villagrán, the alternative is for the governments themselves, central and municipal, to understand that proper environmental care and management “has a cost,” and that societies must bear these costs through national budgets. “It implies a commitment from all sectors and at all levels,” he stressed. 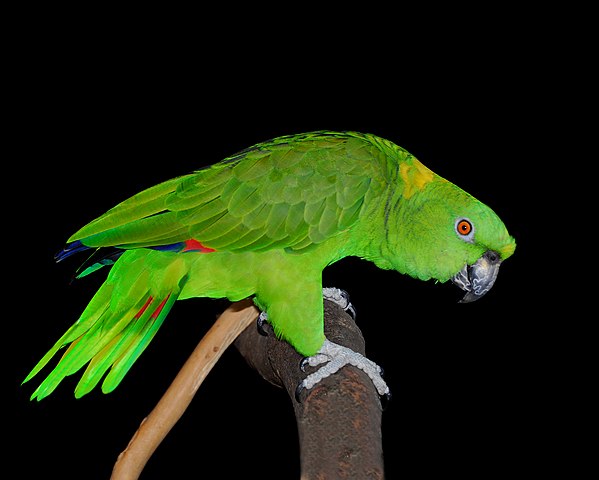 Although the reasons for environmental neglect in countries such as Guatemala and Honduras, creators of this biological corridor, are evident, actions such as the corridor itself are a sign that small steps are being taken towards sustainability and nature-based solutions.

“The creation of the corridor is a platform to improve governance in this territory, to forget about borders and work as countries,” said Reyes, who also mentioned that the desire is to replicate this process in other border areas such as the corridor of the jaguar or the zone of the trifinio.

For now, there are already joint collaborations between the Ministries of Environment of both countries, CONAP and the ICF. Some emblematic species that inhabit the area have been identified, which will make it possible to raise awareness among the population in general: the yellow-naped parrot (Amazona auropalliata), the jaguar (Panthera onca) and the Caribbean manatee (Trichechus manatus), among the most relevant.

The protection of these areas, sites of enormous biodiversity, immersed in floodplain forests, including RAMSAR sites, where 21 communities made up of 1,345 families (more than 6,700 people) live, will ensure livelihoods (fishing, agriculture, agribusiness , coal production, tourism and livestock) of its inhabitants.