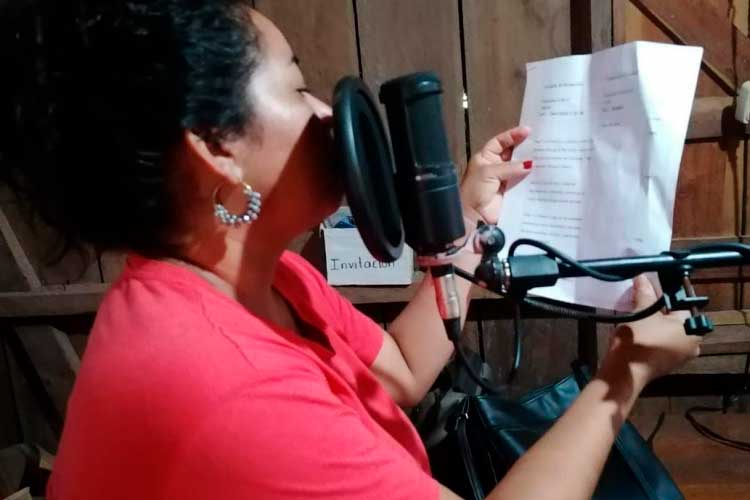 With a version in Spanish and in Miskitu, the language of the indigenous peoples who inhabit the Honduran Moskitia, the campaign addresses issues such as the situation of marine-coastal ecosystems, fisheries, mangrove forests, climate change and the main threats facing their natural resources.

“Keeping what is ours” is the name of the communication campaign that promotes the commitment of the Honduran Moskitia Marine-Coastal Indigenous Territorial Councils with the conservation and sustainable use of the natural resources of the Karataska Lagoon System.

This system is one of the most recognized natural wealth of La Moskitia, with 3,700 square kilometers of lagoons and mangrove forests. It presents the greatest diversity and density of native and migratory waterfowl on the Atlantic Coast of Honduras, and registers 76 species of fish belonging to 31 families, being the most diverse coastal lagoon system in the country’s Caribbean.

The production of the campaign is the result of the implementation of the Regional Coastal Biodiversity Project of the United States Agency for International Development (USAID), led by the IUCN (International Union for Conservation of Nature) and implemented locally with the support of Goal and MOPAWI.

This initiative arose with the creation of the La Voz del (The Voice of) Mangrove Network, made up of Miskitu leaders and young adults, who participated in the workshop “Strengthening capacities for the communication of socio-environmental initiatives”, facilitated by the project in January 2020.

The local network of communicators emerged with the aim of informing and raising awareness about the need to conserve and sustainably use the marine-coastal resources of the Karataska Lagoon System, located in the Honduran Moskitia.

Based on the study “Environmental Report Card of the Honduran Moskitia”, a playful process was started to develop a local communication campaign that could widely disseminate the local environmental situation. Process that overcame the COVID-19 pandemic and the ETA and IOTA storms, which hit the area at the end of 2020.

Remarkable in this production is that the official content and voices of the campaign correspond to Miskitus young adults who participated in the creative process. Two women and two men were selected, one pair for the Spanish spots and the other for the Miskitu spots. They are Yuba Pravia, Kenya Kramer, Alex Zelaya and Diriam Walter.

“I am very happy. Some friends and relatives are listening to us in some hamlets and farms very distant from Puerto Lempira” shared Pravia. For her part, Walter stated: “I am very happy with the great work we have done. Some leaders in the Auka area have told me that they listened to us.”

The campaign is aimed at the five Indigenous Territorial Councils that correspond to the communities that border the Karataska Lagoon System, the governance committee of this system and its corresponding territorial surveillance commissions, which work on the implementation of the aquaculture and fisheries management plan.

This production, made up of 12 radio spots, was broadcast in Spanish and in Miskitu from October 4 to December 24, 2021 through the local radio station Kupia Kumi, 94.7 FM, with a 16-year history on the air and the one with the greatest reach in the Honduran Moskitia.

Coastal Biodiversity, which is carried out thanks to the cooperation of USAID, works for the conservation and sustainable use of the biodiversity of marine-coastal ecosystems in Central America, through the development of valuable productive initiatives that encourage rooting and strengthen the capacity of self -Local management.

*Note written and published by IUCN