Honduras, Ethiopia and Vietnam tackle climate change with the help of the UN University

Extreme weather events have become increasingly common, threatening communities and economies around the world. The United Nations helps politicians and policymakers by showing the potential effects of future climate hazards and making recommendations on the best and most cost-effective ways to adapt to climate change.

The city of San Pedro Sula has always been prone to tropical storms and flooding, but the problem is getting worse as climate change causes unprecedented shifts in weather systems. The economic and human costs are likely to increase.

“The floods have grown in intensity and have become phenomena of greater magnitude that reach neighborhoods, and areas that were not previously exposed,” says Armando Calidonio, mayor of the large industrial city of San Pedro Sula, in Honduras.

“We are witnessing a concentration of rainfall in more aggressive storms that, in general, even in the most developed areas, cause stormwater drainage systems to collapse.”

To help people like Mayor Calidonio protect their citizens and better adapt to the future effects of climate change, the United Nations University Institute for Environment and Human Security (UNU-EHS) is using one of its tools: Economics of Climate Adaptation (ECA), which identifies the strategies with the greatest potential, the most profitable and adapted to specific regions.

In the La Democracia neighborhood of the municipality of San Manuel in the department of Cortés, the houses are submerged due to the flooding of the Ulúa River, caused by the Eta and Iota storms that left the entire neighborhood under water. Photo: UNICEF/Martin Calix/AFP-Serv

Thanks to this tool, the UN university and its partners were able to estimate that, by 2042, the annual damage caused by different climate threats would double in the municipality of San Pedro Sula.

In close collaboration with the local administration, they studied different options to deal with these risks and identified the best solutions.

After this first phase of study, a series of recommendations were formulated, such as the improvement of the drainage system, reforestation along the riverbeds and the construction of vegetation ditches (ditches that store runoff) in the areas most prone to flooding in the city.

In addition, the study concludes that the municipality should invest more in collecting information related to climate hazards, in improving the meteorological surveillance network and early warning systems.

This work can also help the local government to obtain financing for climate adaptation measures, since the analysis can serve as a guidance document to present to development banks, when they assess the suitability of the investment before granting subsidies. 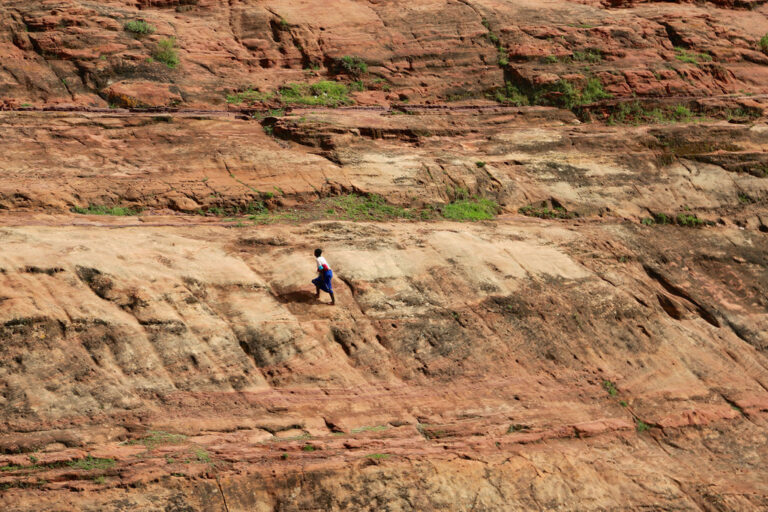 Fight droughts and floods in Ethiopia

The Climate Adaptation Economics approach is being used in many other settings, both urban and rural, in different parts of the world.

For Ethiopia’s Afar and Somali regions, which suffer from extreme drought and some of the highest temperatures in the world, research has shown that drought-related damage is likely to quadruple by 2050.

Recommendations for these regions included the investment of some ten million dollars in adaptation measures, such as the creation of community seed banks, the improvement of fodder storage, the better management of protected areas, the restoration of wetlands and the creation of forage and grass nurseries.

According to the study, this investment of ten million dollars would allow both regions to save some 500 million dollars in damage, and protect some 90,000 people from drought during the next 30 years. 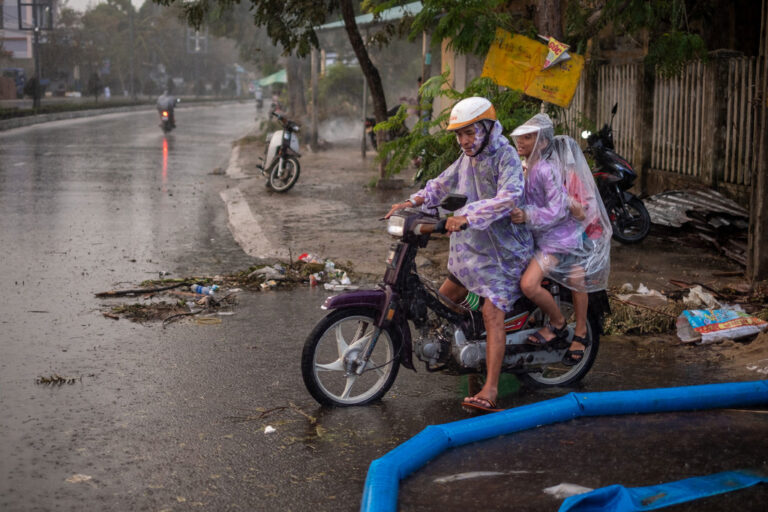 A man rides his children on a motorcycle through a flooded road in Da Nang city, Vietnam, on October 30, 2020, in the wake of Typhoon Molave. Photo: UNICEF/Linh Pham/AFP-Services

The case of Vietnam

In Can Tho, a city in southern Vietnam, they are victims of multiple climatic problems, such as floods and exposure to heat waves. Here, an Economics of Climate Adaptation study revealed that annual deterioration from floods and heat waves is estimated to roughly quadruple by 2050.

However, a combination of measures such as mobile flood levees, increased flood awareness and rehabilitation of existing drainage systems, at a cost of less than $6 million, would prevent an estimated $300 million in damage and would protect some 15,000 people over the next 30 years from different types of floods.

To deal with heat waves, investing less than 16 million dollars in public centers with cooling systems for the most vulnerable, climate-smart agriculture and the installation of white surfaces on roofs would allow the Can Tho authorities save an estimated $250 million in damage while protecting an estimated 800,000 people over the next three decades. 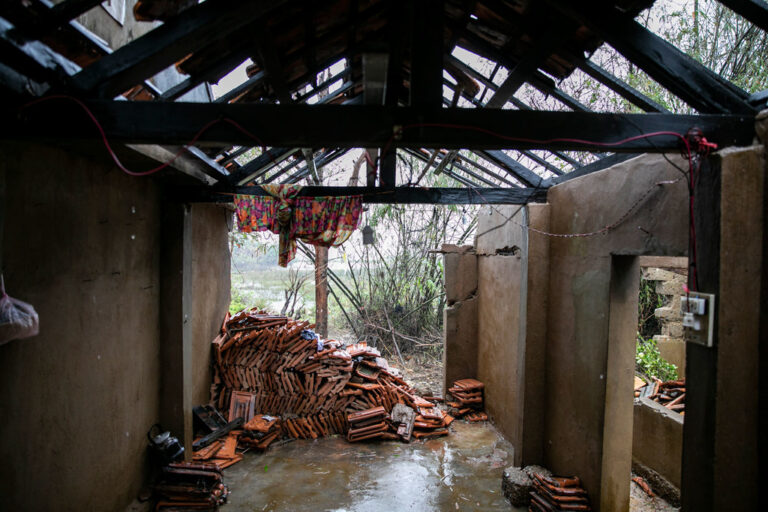 An elderly couple, severely affected by this year’s storm season in Vietnam, recount their harrowing experience, the flooding of their one-room house. Photo: Truong Viet Hung/UNICEF

Prevention is better than cure

These three cases are clear evidence that investing today in adapting to climate change is much more profitable than facing potential damage in the next 30 years.

“Using the ECA mechanism, countries and communities have the data and information they need to develop more ambitious climate change adaptation and mitigation plans,” says Dr. Maxime Souvignet, Head of the Adaptation Economics team. to the Climate of the Institute of Environment and Human Security of the UN University. “These measures will help them to be more resilient to the effects of current weather conditions and those that are expected in the future.”

The Institute for Environment and Human Security of the UN University, together with the Munich Climate Insurance initiative (EN), in addition to applying the Climate Adaptation Economy (ECA) methodology in other cities, regions and countries, offers currently training programs to encourage universities, governments and communities to apply this mechanism. The ECA studies project has been funded by the InsuResilience Solutions Fund (ISF) on behalf of the German Development Bank (KfW ) and the German Ministry for Development Cooperation (BMZ).

This note was published by UN News.