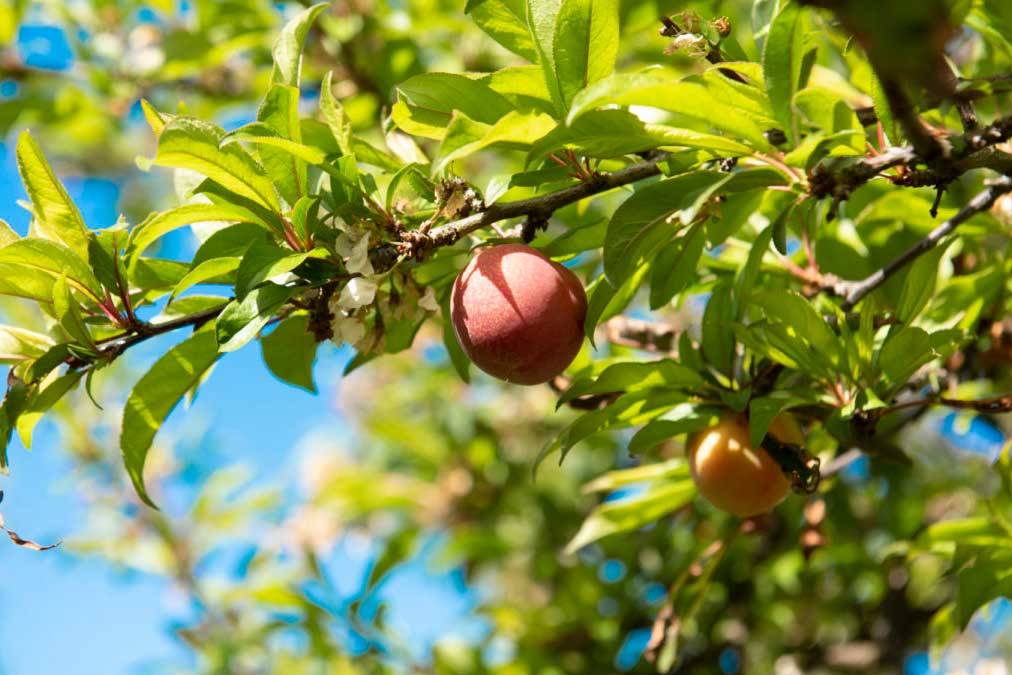 The 95% of crops worldwide are produced in regions favored by the combination of three climate-related factors: temperature, rainfall and aridity. Apart from favoring food production, these parameters are also associated with the availability of water.

If the rate of greenhouse gas (GHG) emissions continues as before, a third of food production (31% of crops and 34% of livestock) would be at risk of falling outside the “climate safe space” (CSS) for 2081-2100.

CSS is a novel concept introduced by the authors of a study published in the journal One Earth. “SCS is defined here as the climatic conditions to which current food production systems (separate crop and livestock production) are accustomed, an analog to `safe operating space` (SOS) concepts. such as planetary limits and the climatic niche”, is explained in the scientific article.

The researchers evaluated how climate change would affect 27 of the most important crops in the human diet and seven types of livestock, as well as the different capacities of countries to adapt to the changes.

Of the 177 countries studied, 125 would have their food production outside the SHA while 52 would manage to stay within the limits. The most vulnerable nations are those that will have the least resilience to face these changes: in total, 20% of agricultural production and 18% of threatened livestock production are found in countries with little adaptation capacity.

“Food production, as we know it, developed in a fairly stable climate, during a period of slow warming that followed the last ice age. The continuous increase in GHG emissions can create new conditions and food and livestock production will not have enough time to adapt”, explained researcher Matias Heino, one of the main authors of the study, in a statement.

Added to this is that “the climatic conditions on food production will probably be amplified by other factors such as population growth, soil degradation and other environmental challenges related to sustainable food production, as well as the increased risk of extreme weather events”.

In this sense, the authors draw attention to the increase in desert areas as emissions increase. “It is especially worrying because in these conditions hardly anything can grow without irrigation. By the end of this century, we could see more than 4 million square kilometers of new deserts around the world,” said Matti Kummu, also lead author of the study, in a statement.

The researchers conclude that meeting the goals of the Paris Agreement, which limit the increase in the planet’s average temperature to 1.5-2°C, would considerably reduce the risk.

“Future policies should focus on actions that simultaneously mitigate climate change and sustainably increase the resilience of food systems and societies,” reads the scientific paper.

The footprint of agriculture

Apart from suffering the effects of climate change, agriculture also releases GHG into the atmosphere during the processes of food production, transportation, consumption and post-consumption.

A study, published in the scientific journal Environmental Research Letters, calculated the carbon footprint of food systems for the period 1990-2018. The researchers noted that, in 2018, 16 metric gigatons of carbon dioxide equivalent (Gt CO2eq) were emitted, representing a third of the total GHG generated by human activities. Also, that number increased 8% from the 1990 baseline.

Three quarters of these emissions (13 Gt CO2eq) were generated within the farm or in pre- and post-production activities such as manufacturing, transportation, processing and waste disposal. The rest was generated due to the change in land use (3 Gt CO2eq) given the conversion of natural ecosystems to agricultural land.

The researchers made these calculations by integrating country-level data on crop and livestock production, on-farm energy use, land use and land-use change, domestic food transportation, and waste disposal. . In addition, they looked at global and regional estimates of energy use in food supply chains.

When doing the per capita analysis, the authors observed a decrease in total emissions: they went from 2.9 in 1990 to 2.2 metric tons of carbon dioxide equivalent (t CO2eq). Of course, per capita emissions in developed countries reached 3.6 t CO2eq in 2018, almost double the emissions of developing countries.

“Agriculture in developed countries emits large amounts of GHG, but its contribution may be hidden by large emissions from other sectors such as electricity, transport and buildings,” said researcher Matthew Hayek, co-author of the study, in a statement.

“Looking at the food system as a whole can not only illuminate opportunities to reduce emissions in agriculture, but also improve efficiency across the supply chain with technologies such as refrigeration and storage,” he added.

In this sense, the authors emphasize that “for mitigation strategies to be optimal, it will be necessary to focus on activities before and after agricultural production, ranging from industrial production of fertilizers to refrigeration in retail.” This is because emissions from these activities are growing rapidly. 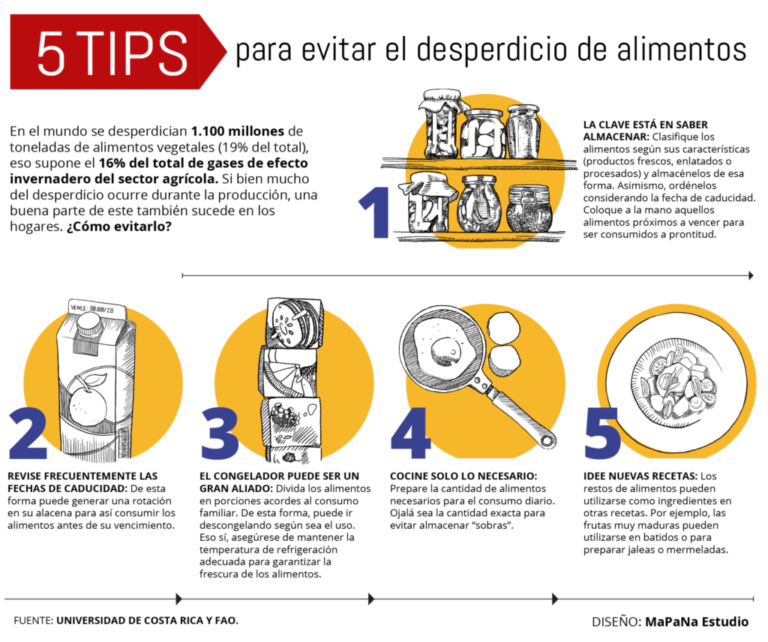 On the world agenda

Due to the interconnection of food systems with global challenges such as climate change, poverty and inequality, the Secretary General of the United Nations -António Guterres- summoned world leaders to participate in the Food Systems Summit, which will take place held in September 2021.

This summit involved a prior consultation process (with more than 1,000 dialogues held in 145 countries) that served as input for the countries to formulate transformation plans for their agricultural systems.

Weeks later, in the framework of the United Nations Conference on Climate Change (better known as COP26), some countries reinforced these commitments by adhering to two declarations related to agriculture and forests.

A total of 114 countries, including Costa Rica, committed to halting and reversing forest loss and land degradation by 2030, by signing the Glasgow Leaders’ Declaration on Forests and Land Use. Land. This commitment mainly seeks to stop the change in land use.

Countries also pledged to invest in science to guide these efforts towards sustainable agriculture and thereby protect the food supply from the impacts of climate change. 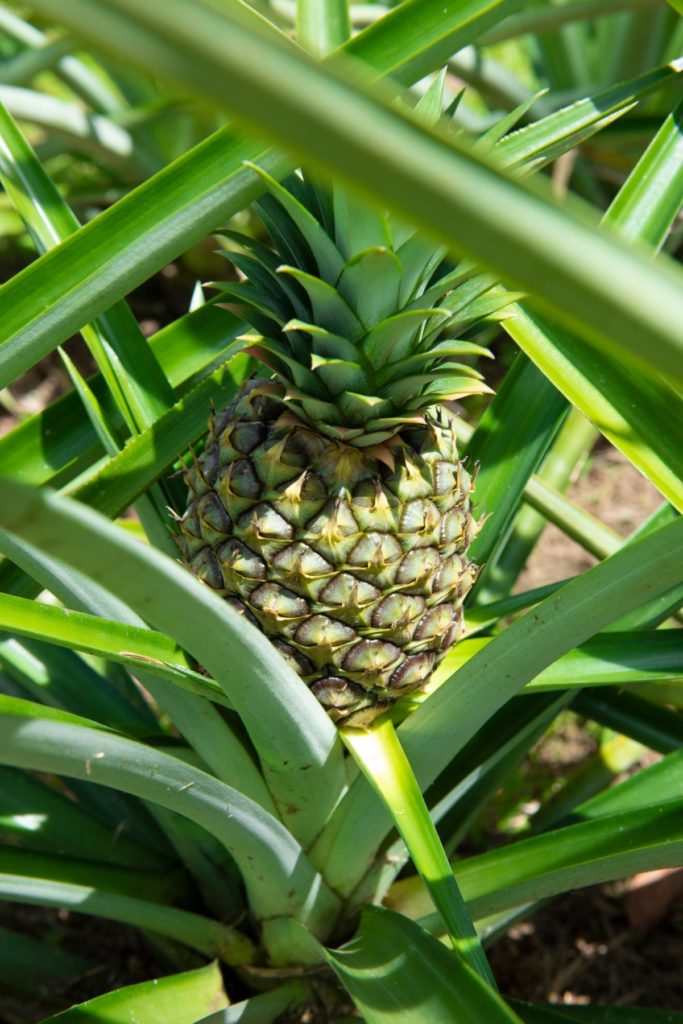 Organic pineapple from Finca Integral El Jícaro. Pedro García has implemented a series of measures to completely reduce the use of agrochemicals, which contribute to greenhouse gases. Photo: Nina Cordero

From global to national

According to Andrea Meza, Minister of Environment and Energy, the commitments assumed by Costa Rica at the international level are aligned with the National Long-Term Climate Change Strategy and with the National Decarbonization Plan.

Furthermore, many of these considerations are already included in the updated Nationally Determined Contribution (NDC) that was submitted to the United Nations Framework Convention on Climate Change (UNFCCC) in December 2020.

“They are part of our ambition package and will allow us to mobilize resources both nationally and internationally for their implementation,” assured the minister at the end of COP26.

By 2022, for example, one of the goals included in the NDC aims to develop “Adapted Food Guides” in two territories, which include maps and information that promote the consumption of seasonal indigenous agricultural and food products, highlighting their nutritional value, its contribution to the protection of cultural heritage, the reduction of emissions and food security.

By 2024, the idea is for the agricultural sector to have its own sectoral plan for adaptation to climate change, which is expected to be implemented by then.

Likewise, and according to the NDC, it is expected that by 2026 a study will be ready on the impacts of climate change on agricultural and fishing production systems, including effects on agricultural health.

Another of the goals indicates that the value chains of coffee, livestock, sugar cane, rice and musaceae will apply production systems low in GHG emissions by 2030, incorporating adaptation and resilience measures both at the farm level and at the stage level. processing. 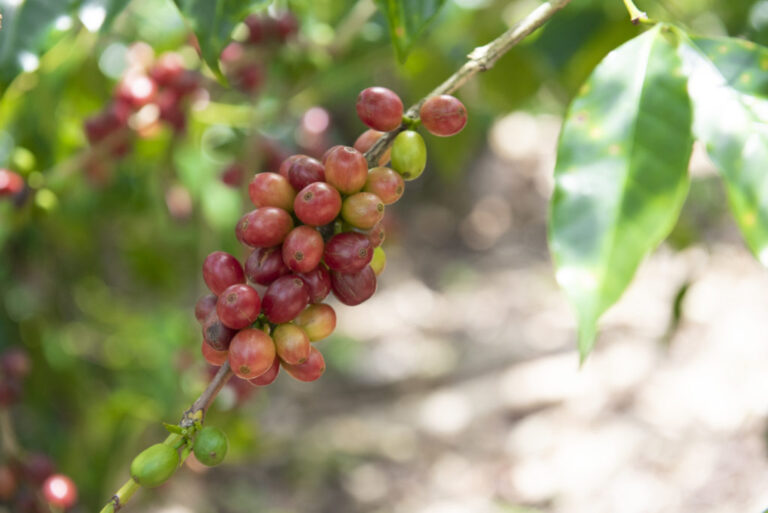 Thanks to the NAMA Café project, 22% of the coffee produced in Costa Rica is low in emissions, thanks to the application of Good Agricultural Practices by more than 8,000 producers and the technological changes made by 62 mills. Photo: Nina Cordero

For the agricultural sector, one of the challenges to be solved is in the area dedicated to the activity. According to data from the Climate Change Directorate (DCC), livestock occupies 1.4 million hectares of the national territory, of which one million correspond to pastures. The challenge is how to obtain higher production yields without covering more area and even trying to use less than the current one.

The NDC highlights that, by 2030, the goal is to maintain a reduction in the total area of pastures at an annual rate of 1%, and an increase in the area of pastures with good management at a rate of 1-2% per year over the baseline trend.

Another goal is to promote, by 2025, a circular economy system in agricultural farms, which fully considers the biodigestion and recarbonization process, with the help of technologies that allow increasing the levels of organic carbon in the soil.

This work was possible thanks to a grant for the production of journalistic works on science issues, which was granted by the Gabo Foundation and the Serrapilheira Institute, with the support of the UNESCO Regional Office for Science in Latin America and the Caribbean.